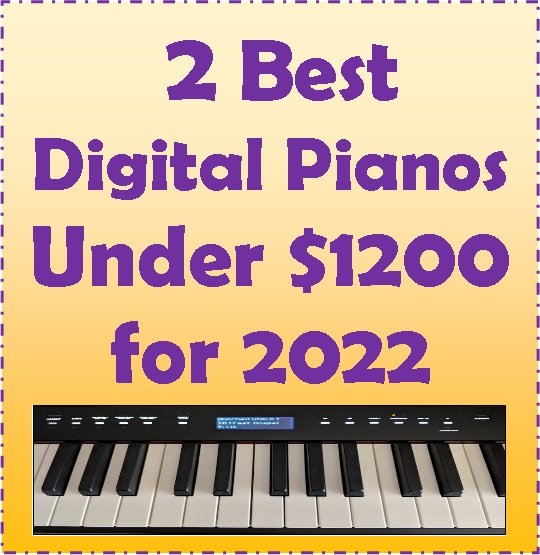 Yamaha, Roland, Kawai, Korg, and a couple others do make some impressive digital pianos but Casio has simply taken digital piano technology, innovation, style, and features to a much higher level in this range under $1200 and it really shows in these two products.

Beyond just comparing factory “specs” side by side,” it’s also the way they sound, the implementation of the features offered, the actual “feel” of the keyboard and the way the keys move up & down, the styling and layout of the piano control panel and functionality, and the piano playing experience you get for the money paid. Casio is just doing it “better” right now although that may change if any of the other digital piano manufacturers catch up and surpass them in the future, especially in this price range under $1200. 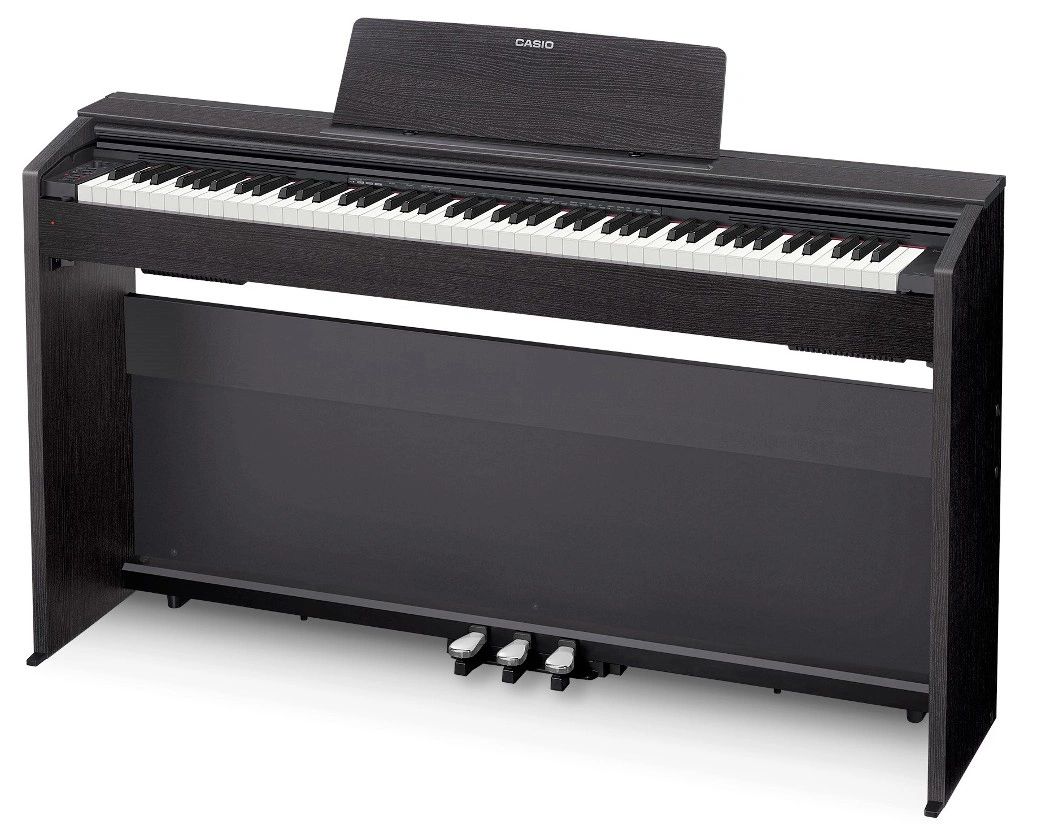 1. The PX-870 piano sound chip has 256-notes of polyphony power which is more piano processing power than any other brand or model. This allows even more advanced pianists to play this model using more advanced and complex music without “note dropout.”

2. The PX-870 has a powerful 40 watt, 4-speaker internal stereo sound system whereas most digital pianos under $1200 have less than 20 watts with many only having 12-16 watts of power going through 2 speakers. The extra powerful speaker system in the PX-870 give the piano a richer, more resonate piano sound and makes it more realistic.

4. The PX-870 has 2-track MIDI and 1 track audio wav file recording with the ability to save recordings to a USB flashdrive which is great for piano practice, music composition, and creating your own music so it can reproduced later on another device. This feature is quite advanced and no other brand in this price range has this ability.

5. The PX-870 has a special balanced proprietary 88-key piano-weighted key action which has just the right amount of weight in it so that it is not too heavy, not too light, and not too springy. The other furniture cabinet brands of key actions in this price range have key actions that are either music too heavy to press down or they are too light and/or springy and unlike a real piano.

6. The PX-870 is the most compact of all furniture cabinet pianos under $1200 with a depth of less than 12′ out from a wall. This allows the piano to fit into tighter spaces and makes it more practical to own for people in apartments or who want to place it into a smaller room.

7. The PX-870 has the most up-to-date and most intuitive piano “controller app” for this model out of all digital piano manufacturers that have apps. This special app called “Casio Music Space” allows you to control all the internal aspects of the piano from the color touch screen on your iPad or Android for easy operation as well as having new and impressive music educational features in the Music Space app that go beyond what the PX-870 already has inside of it. 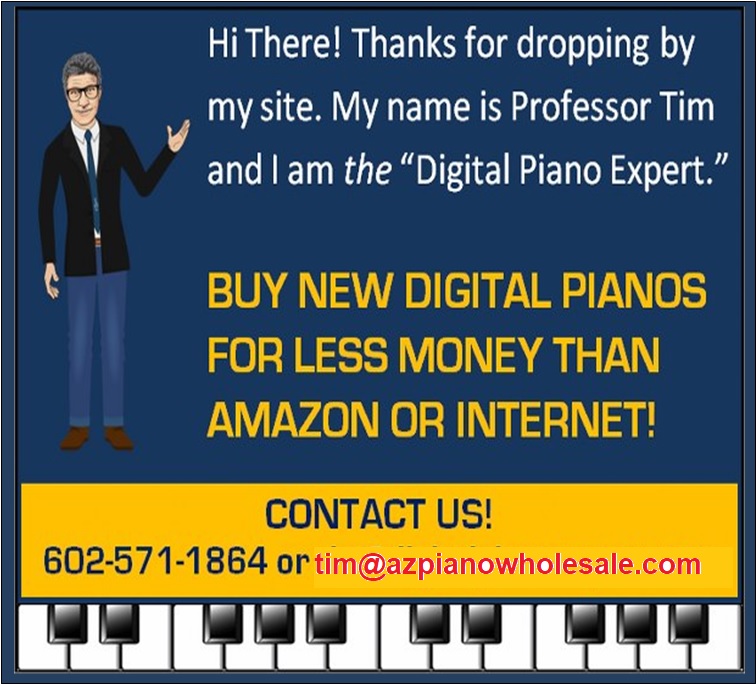 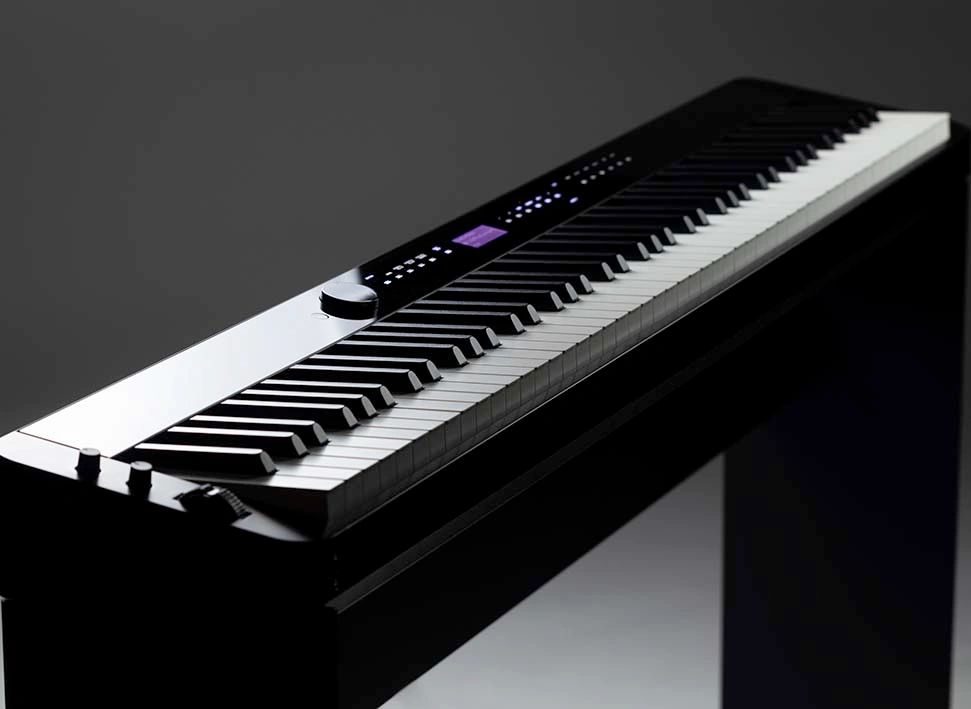 Casio PX-S3100 is #1 best “portable” digital piano under $1200 for 2022 | $879 internet price (stand & triple pedal unit optional) | REVIEW |  This newer model rises to the top over all the other brands for a portable digital piano and is a “best bang for the buck” model because it offers new digital piano technology that none of the other brands or models have been able to do up to this point and this new PX-S3100 is way out in front because of that.

Yes, the other brands offer some nice choices as well but the Casio company has always been offering some impressive digital pianos under $1200 and this year they just hit a really big home run. Even professional piano players out there who would not normally have taken this instrument seriously because of its low price have become real believers in this model in terms of it actually competing with digital pianos well over $1200 in a lot of ways.

1. The Casio PX-S3100 portable digital piano has no physical control panel buttons or sliders. It has a flat, smooth, shiny black surface with embedded touch control digital sensors that light up when the piano is powered on. You touch the surface button and that feature will be selected and accessed.

2. The Casio PX-S3100 is the first digital piano to have an embedded user display LCD screen inside the top of the control panel that is not seen until the piano is powered on which then illuminates the screen and displays functions & features. This means that there are no raised buttons, screens or sliders on the control panel which makes the PXS3100 look sleek and contemporary.

3. The Casio PX-S3100 is the first 88-key digital piano with piano weighted keys under $1200 to also run on battery power. All digital pianos normally run on a wall power supply but few also run on batteries, especially standard AA batteries like in the PX-S3100. Also, batteries that are used and are more common in the in the low priced, cheap spring action keyboards usually can only last for less than 60 minutes at the most. In the PXS3100 you can run it on battery power for up to 4 hours which means you can take it with you and play it just about anywhere you want to go…even if your home electric goes out for a while.

4. The Casio PX-S3100 is the smallest and lightest weight portable digital piano with 88 piano weighted keys weighing in at less than 25 lbs and the cabinet dimensions are a very compact 52″ x 9″ x 4″ high. When you put it in the optional proprietary gig bag that Casio makes for this model, you can take it anywhere and fit it into small spaces which makes it great for travel or storage.

5. The Casio PX-S3100 key action is brand new and the only one under $1200 that has 88 linear piano weighted keys with dual high definition key contacts under each key. The new high definition contacts enable each each key to be monitored by a proprietary digital chip in the piano that senses the key touch weight of each each when you play it and defines them individually just like individual weighted keys in a real piano.

The feeling and precise key movement when playing the 192-note polyphony internal stereo grand piano sounds and the response of those piano sounds are very impressive and notably better and more authentic than any other portable digital piano we have played in this price range.

6. The Casio PX-S3100 has the only Bluetooth audio streaming feature and 3D sound system available in a portable digital piano under $1000. You can take any external Bluetooth equipped device and stream music wirelessly from your digital music library live through the PXS-3100 3D speaker system and then be able to play along with it and hear it all come out of the piano internal speaker system or all of it come out through stereo headphones when connected to the PXS-3100. This new model also has Bluetooth MIDI for a wireless MIDI connection with external Bluetooth devices.

7. The Casio PX-S3100 is the only digital piano under $1200 that has a proprietary iOS and Android app called “Casio Music Space” which allows you to access and control the literally thousands of features within the piano from your tablet color touch screen. So not only does the PXS3100 have a very impressive user interface panel built into the piano, but you can also control it from your tablet (such as iPad) and utilize the many exciting functions and features inside this amazing instrument in a way no other digital piano can do.

If you are like us, we love technology, we love more intuitive ways of using and accessing features, and we believe in doing that with hi quality, usable apps if they exist for that product, and in this case Casio has gone way beyond anything what they have done before with regard to offering very impressive ways to further enjoy this PXS-3100. 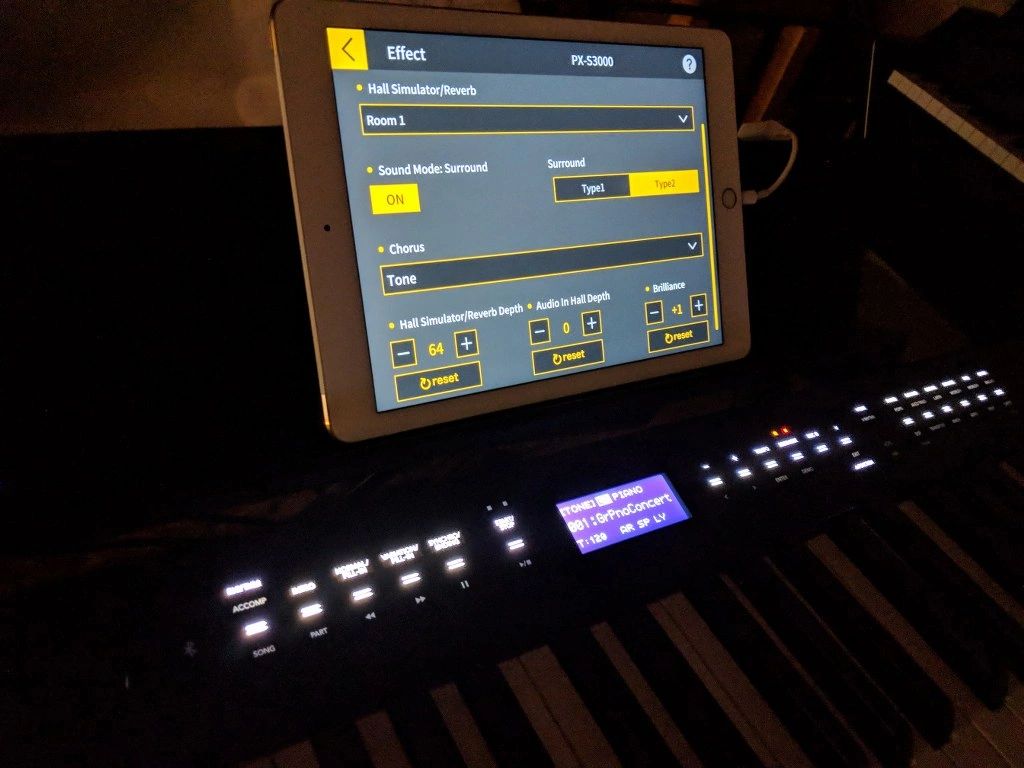 With all of its impressive 700 HD instrument sounds, 400 interactive rhythm accompaniments and music styles, over 300 music progressions for interactive playing by ear, almost 100 memories for saving your favorite custom setups you have created, this piano has way more than meets the eye.

Finally, with all the connectivity it has including separate 1/4″ audio outputs, audio input, MIDI ports, USB to device port, Flashdrive input port, triple pedal port, single pedal 1/4″ port, you have everything you need top play at home, at church, at school, in a studio, or at a big venue for live performance. The only thing left to do is get a PX-S3100 or PX-870 while you can before they run out again.

Lower price than Amazon or Internet 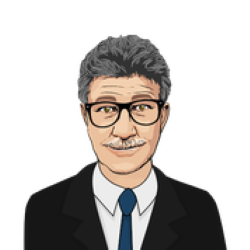 Have you met Professor Tim yet? Please click this link to meet the famous digital piano expert "Professor Tim" and hear his personal introduction to this site. You'll be glad you did! Thank you"