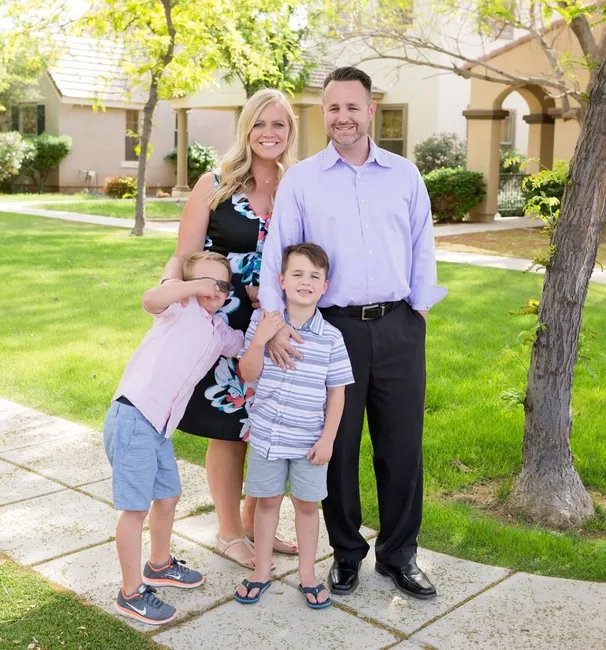 Erik Praskins is dedicated family man with a beautiful, talented wife and 2 very active children. Erik lives in Phoenix, AZ and has played piano since he was just 5 years old and also plays guitar & drums. Although Erik is busy with his family as many Dads and Mom’s are, he devotes time in helping people just like you figure out which one of the many new digital pianos out there will fit your musical needs and budget because Erik understands what these pianos do, what may be a better option for you, and which ones to avoid. His two children love music as do children in his extended family.

Erik & his beautiful wife Michelle have a unique perspective on children and their needs because their oldest son, Dylan, nearly died almost 10 years ago when Dylan was just 1 year old and he had an unexpected diagnosis of Leukemia because of some sudden health issues he was having at the time. He was given just a short time to live unless a cord-blood transplant was done after going through rounds of Chemo and radiation to kill the Leukemia cancer cells. After many months in the hospital with lots of treatments and finally a cord-blood transplant to replace the cancer cells, Dylan survived.

However because of all the Chemo and radiation, Dylan suffers from a lot of dysfunction because of what the Chemo & radiation did to his 1 year old body. Unfortunately Dylan needs a lot of care and mentally operates as if he has autism (unpredictable behavior and social interaction)…but he doesn’t have autism. Dylan also is dealing with physical issues caused by the chemo & radiation which affected his eye sight in a bad way along with Dylan’s ability to grow teeth.

Obviously Erik & his wife love their child and Dylan is really a very happy kid…most of the time. Dylan’s younger brother who is in perfect health actually acts like the “older brother” to Dylan and helps out a lot. So Erik has his hands full but loves to help people all over the country with their digital piano questions and giving free advice when needed. Before buying any new digital piano, do yourself a favor and talk with Erik about your piano questions, you’ll be glad you did. By the way, one of the big reasons we do this website, reviews, and give our time freely to speak to so many people across the country is to help support Dylan. if you would like to learn more about Dylan and possibly donate a small amount to his continuing care for his health related needs, then please check out his detailed story at the following link: Dylan Praskins Story

Learn More
I love helping kids, teens, families, adults, and senior adults learn to play music and have a good piano to do that with. So check out some of my recommended digital pianos for these different groups at the following links – Kids, Teens, Families – Adults – Senior Adults